But what is Maneki-neko? You might not know about it but you have definitely seen one but you might not remember. For those who have never heard about it, Maneki-neko is a cat figurine that is waving its hand to us. Actually it is beckoning and that is why it is also called the beckoning cat and that is what “maneki neko” means in Japanese (maneki = beckoning, neko = cat). It is considered a lucky cat that brings luck and fortune to its owner and that is why it is found on every restaurant and shop in Japan and all over the world. Do you remember it now?

The Maneki-neko first appeared in Japan in 1852 and in 1902 it was already very popular. Its origin is uncertain but there are many folktales about it. I will tell you the 2 most popular folktales! 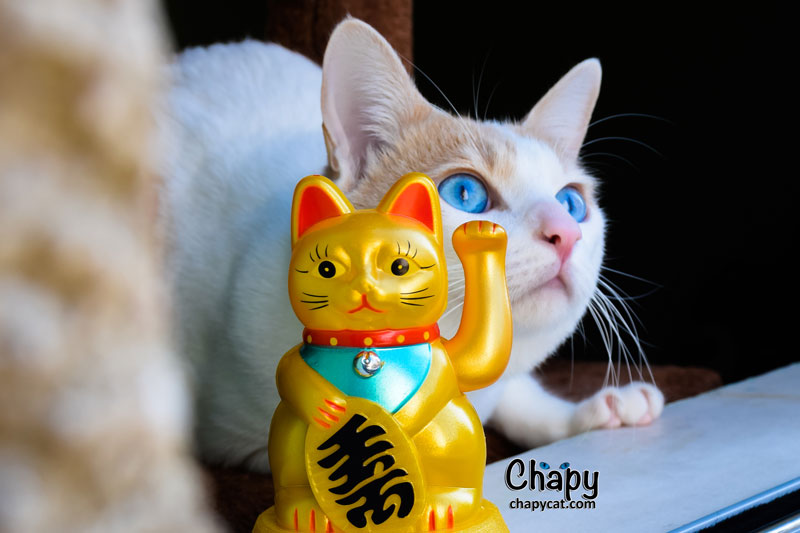 A rich lord in Japan whose name was Ii Naotaka was resting and taking shelter under a tree near a Japanese temple in Tokyo during a big thunderstorm. Suddenly he saw a small cat waving its hand (beckoning) at him. The cat belonged to the temple’s priest. He was curious and followed the cat. One minute later a lightning struck the tree he was using as a shelter. The lord became friends with the priest and the temple got very famous. When the cat died it is said that the first Maneki-neko was created in its honor. 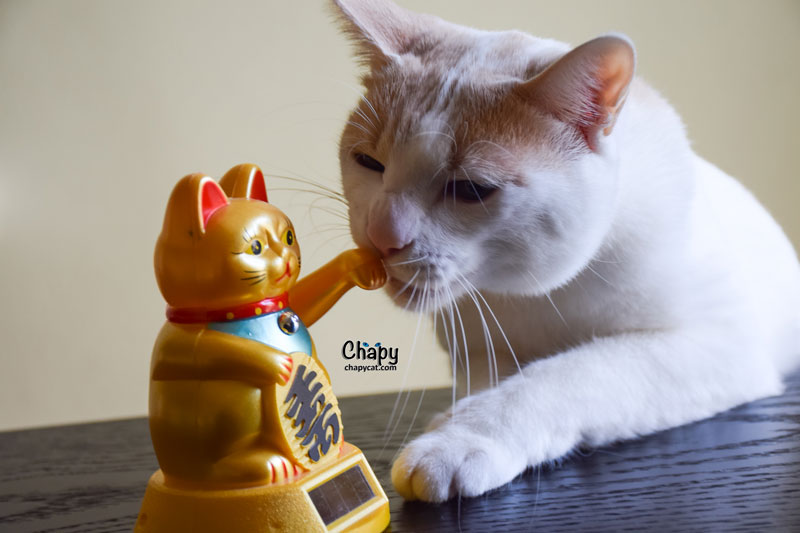 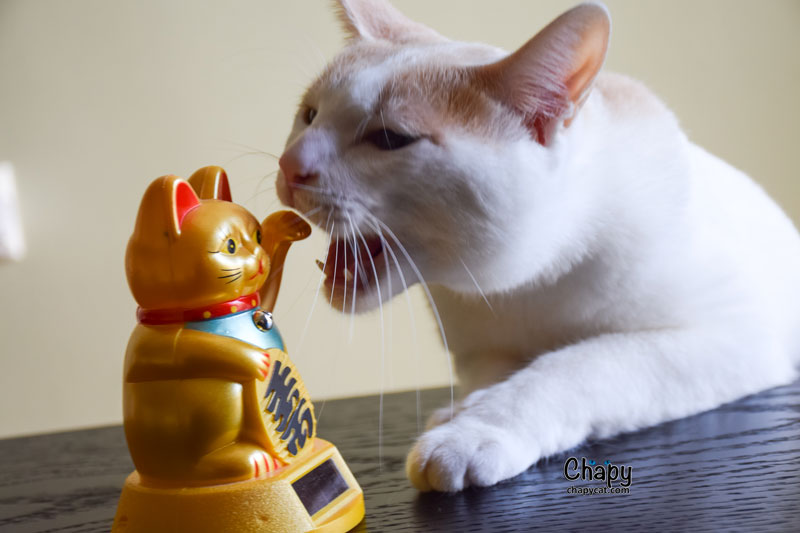 Second folktale: The shop and the stray cat

The owner of a small tavern saw a stray cat outside his tavern. The cat was starving so he took it in and gave it some food despite the fact that it was hard for him to feed himself. After a few minutes, in gratitude, the cat went outside the small tavern and stood on its back feet and started beckoning new customers. The small tavern became very famous and ever since the “beckoning cat” is considered a symbol of good luck and fortune for business owners.

You Will Absolutely Enjoy This Video:► Open the Door and Nobody Gets Hurt 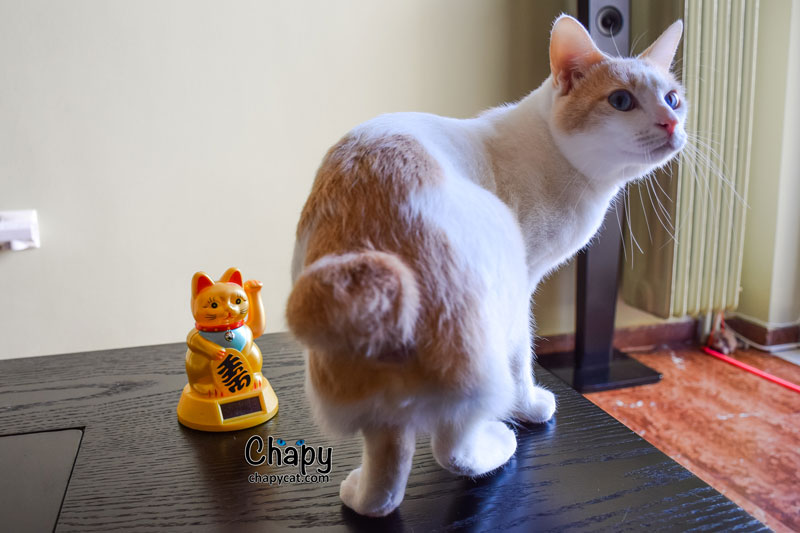 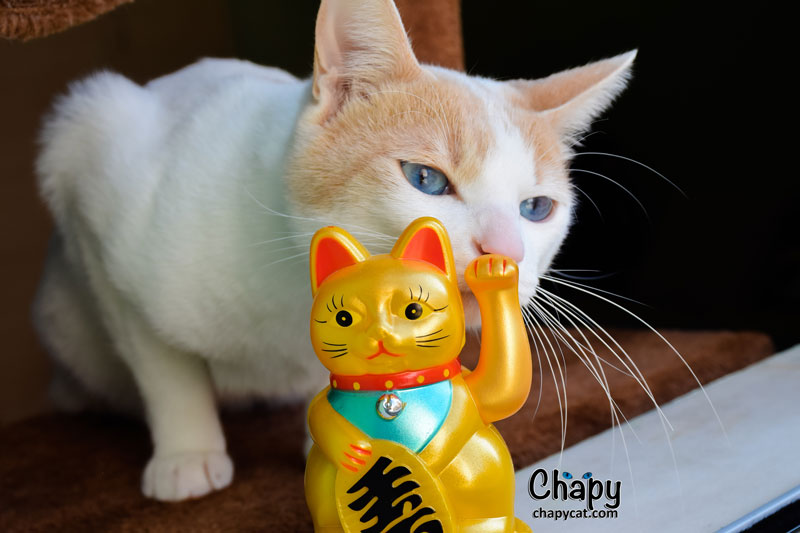 These are the most popular and also my favorite folktales. Do you know a better one? Feel free to comment below. Maneki-nekos are mostly found in three different colors. The most popular is the white one which it is said to bring good luck in general. Yes, like me, white Japanese Bobtail cat. Then it is the gold one for good fortune and the black one for health and to keep evil spirits away. 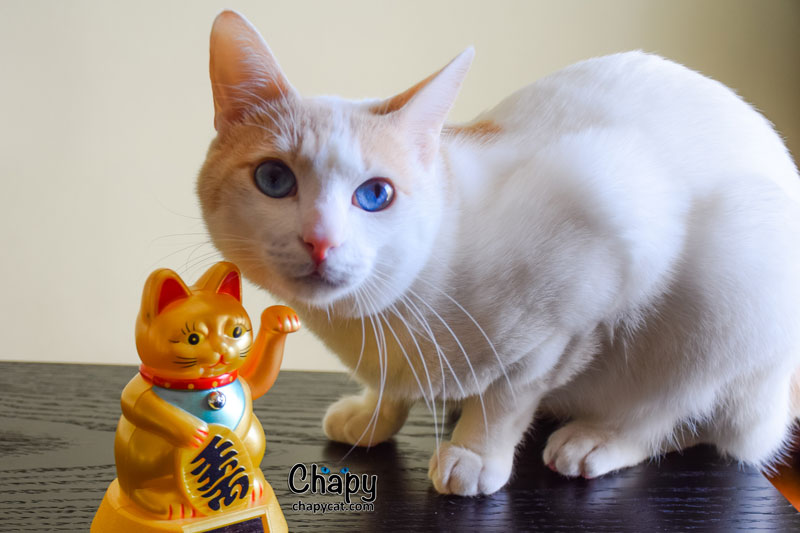 Maneki-neko is very popular in China and that is why many believe that its origin is Chinese while it is Japanese. This is the reason many people incorrectly call it “Chinese lucky cat”. There are also many other names for this cat figurine like welcoming cat, fortune cat, beckoning cat, money cat, lucky cat and happy cat. Yeap, that is why I am a happy Chapy!

This Post Will Definitely Make You Smile:► How I Won 2 Trophies at my First International Cat Show

How To Feed Your Cat

How To Brush Your Cat’s Teeth

How I Won 2 Trophies at my First International Cat Show 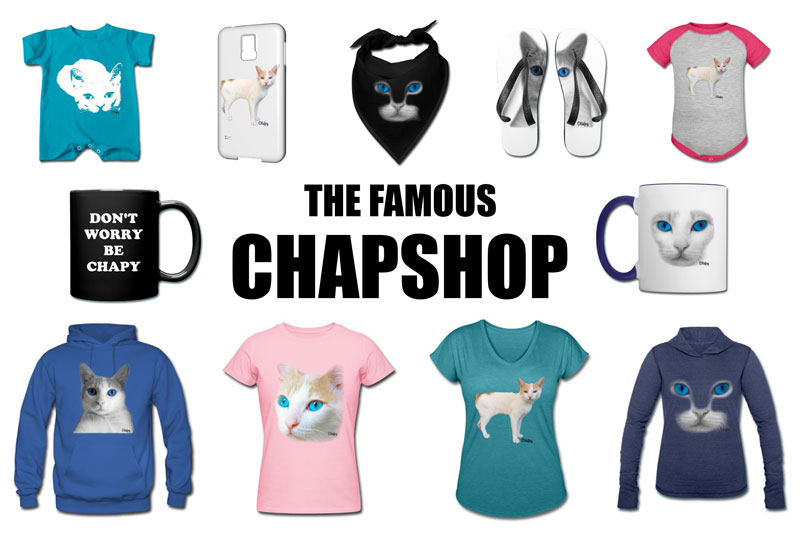 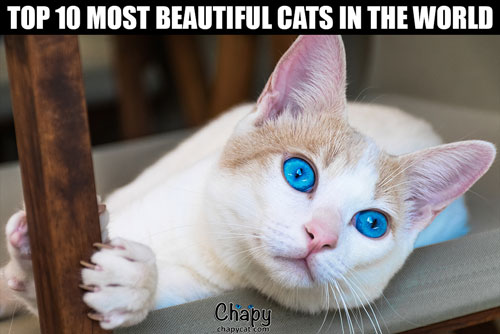 Something Bad Happened While I Was Playing